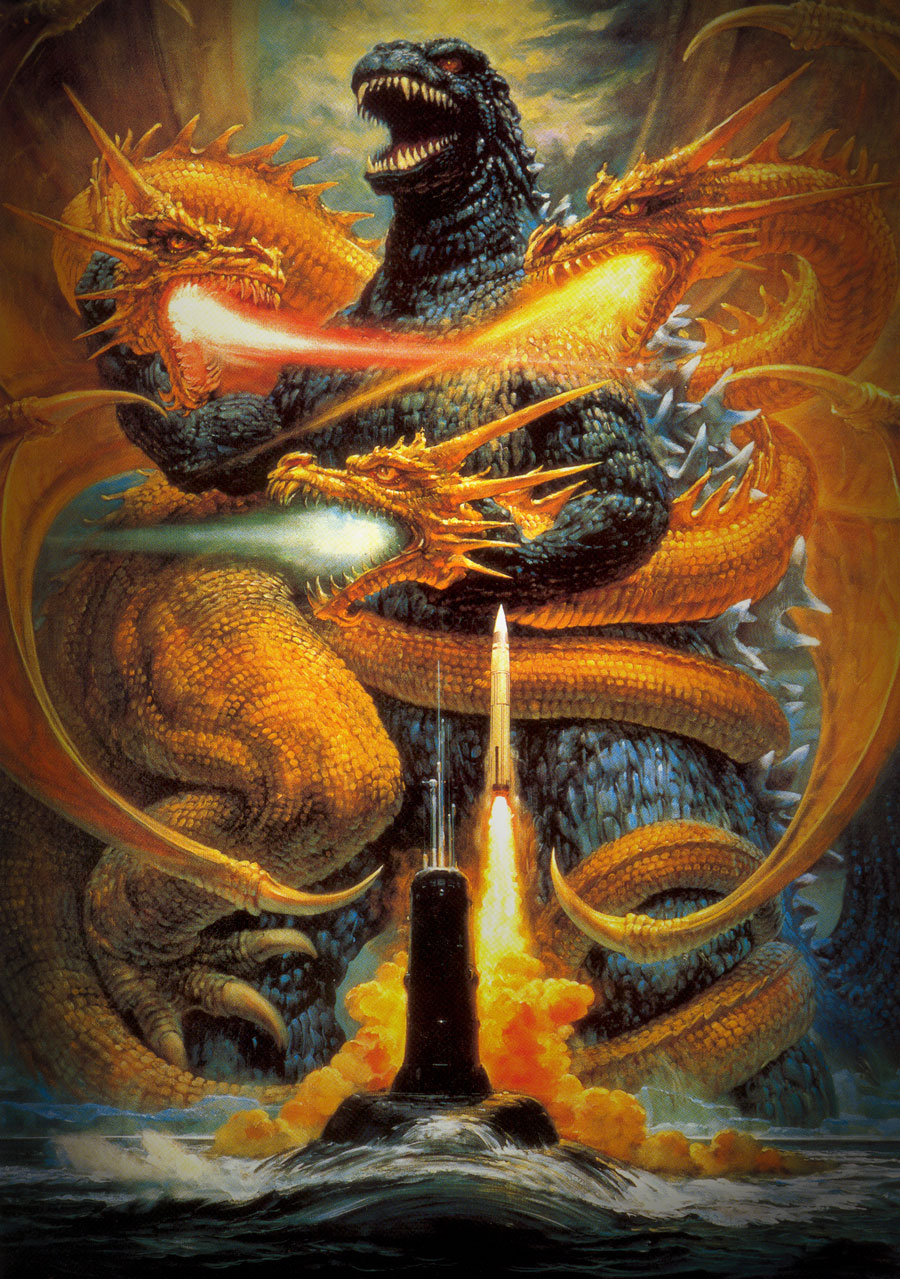 Japan is thrown into a panic after several ships explode and are sunk. At first, the authorities think its either underwater mines or underwater volcanic activity. The authorities soon head to Odo Island, close to where several of the ships were sunk. One night, something comes onshore and destroys several houses and kills several people. A later expedition to the island led by paleontologist Professor Kyôhei Yamane, his daughter Emiko, and young navy frogman Hideto Ogata (who also happens to be Emiko's lover, even though she is betrothed to Dr. Daisuke Serizawa) soon discover something more devastating than imagined in the form of a 164-foot-tall (50-meter-tall) monster whom the natives call Gojira. Now, the monster begins a rampage that threatens to destroy not only Japan but the rest of the world as well. Can the monster be destroyed before it is too late, and what role will the mysterious Serizawa play in the battle?